Naya
When Naya was very young, there was something about her that screamed, "I'm going to make an impact on the world." We always knew she would do something on a very large scale. Maybe be President of the United States or save whales and oceans. It was going to be something big; we were sure of it. And whatever she did wouldn't be about her personal notoriety.  She wasn't interested in fame, although she had the beauty, voice, confidence and dramatic instincts to be famous.  Whatever she chose would be about saving the earth, saving animals, helping people or what we now know, helping to cure pediatric cancer. 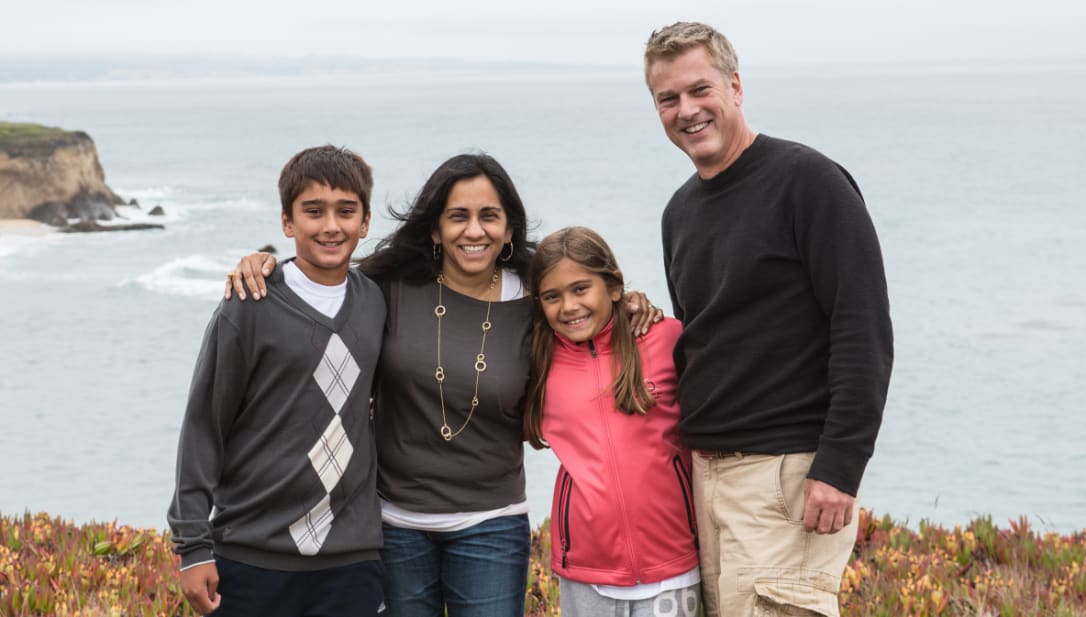 Naya was happy her entire life. We have thousands of pictures showing a girl with a beaming smile, great confidence, laughter and spark. Her smile captivated all who knew her. She surrounded herself with things that made you smile or laugh. Her brother Zak, mom acting very weird, dad kissing her after a sweaty workout, dogs, funny mementos in her room, her horse, and her friends all brought a smile to her life. She stuck to funny shows and movies: Grown Ups 1&2, Modern Family, Saturday Night Live, Jimmy Kimmel. We laughed a lot together.

While there was such a childlike essence to her, she also had many qualities of an older soul. She was deeply contemplative, almost as if everything she did would somehow have a bigger meaning. She embraced her femininity, from wearing Marc Jacobs perfume to her exclusive jewelry collection, her extensive lip gloss collection, to her desire to dress up in style for special events and dinners. She was nurturing towards younger children, her puppy Gabby and even her cousin Eli.  She wanted to be a mother and would have been the envy of all mom's if she'd had the opportunity.

Just one month before she passed away, she was learning geometry and biology. She got back on her bike, into school, on her horse, and on the slopes. Nothing stopped her.

She was THE girl who left a room with energy, light and brightness 10 times her size.  She could carry on a spirited conversation with anyone at anytime.  She was SO confident. She had an opinion about everything and her eyes would convey an intensity that would cause you to really listen, pause and even rethink your own opinion.  Her views came from many places. Hank and me, school, teachers, reading, TV, movies, museums, doctors, nurses, you name it. She was constantly curious, wanted to learn, absorbed every detail and had a crazy memory even with her cancer.  Many times we were in awe of her raw intelligence, and wondered where it would take her. 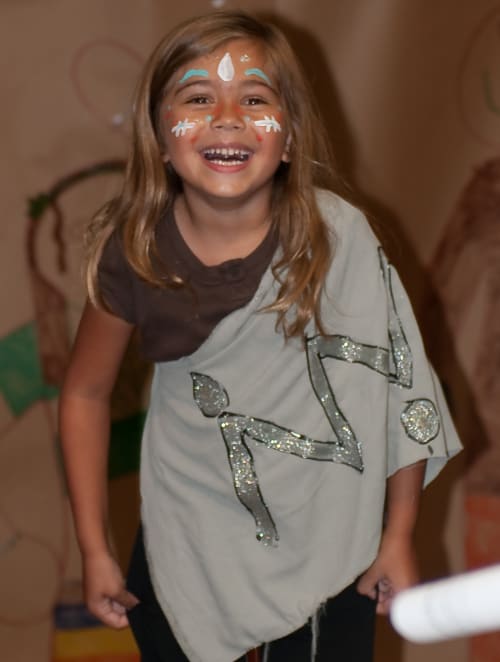 Anybody that has a child has had his or her share of negotiations. If you had to negotiate with Naya, watch out.  It was likely you would end up on the short end of the stick. In the last year, she managed to negotiate $15,000 for a wedding dress; all of my jewelry, purses and shoes; our really good artwork; college tuition paid through her Masters degree; and even charged her Uncle for using our pool for $200 + 3 sushi meals for the season. The only person that could take her on was her oncologist, but even he had to be ready.

Naya lived her life in full color and force. Whether it was dancing, singing, riding horses, riding roller coasters, doing crafts, swimming or skiing, we had one active girl. Most of her activities were done for pure joy and fun. She didn't compete against others; She was her own competition and set her own goals.

One year after her brain surgery, she was on the slopes of Vail skiing. Her weaker legs and stamina didn't stop her. During her relapse, with full knowledge that she had a tumor, she set a goal to return to cantering and she did. The day we learned her tumor was still growing, she jumped in the pool and learned the backstroke in 10 minutes. She stuck with school as much as she could.  Just one month before she passed away, she was learning geometry and biology. She got back on her bike, into school, on her horse and on the slopes. Nothing stopped her.

She wanted to be a mother and would have been the envy of all mom’s if she’d had the opportunity. 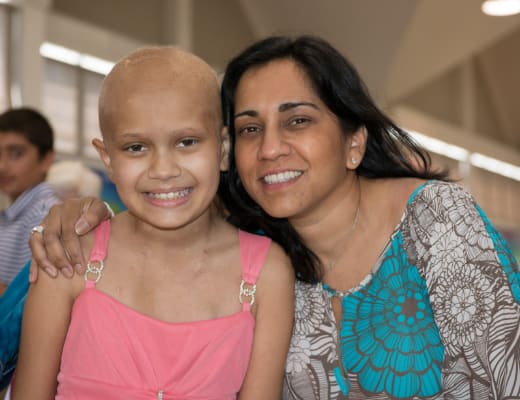 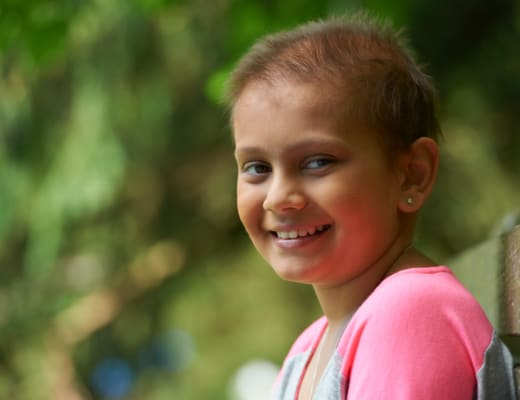 Intense people are often not very warm to be around. This is where Naya differed and stood out. Naya possessed a deep ability to feel for others. If you were special to her, she would find or make a present for you that was personalized and often paid for by her own money. She thought long and hard about the individual and would create something that conveyed how special that person was to her. Many of us have something from her, and we all treasure her personal creations.

Outside of her circle, she felt for the hungry and needy, the kids at CHOP who had severe disabilities, animals going extinct and anybody in need. The CHOP Parkway Run became her way to channel her deep sense of commitment to children with cancer. She not only wanted to raise the most money, and double it every year, but also wanted to establish a foundation that would give all profits to help cure pediatric cancer. She wanted her leftover college money to go to that cause. She felt that she would be able to save lives. Every child or teenager she met was an inspiration to her and this cause. She wanted to do it for them, because she thought she was going to be fine. It wasn't for her; it was for others.

Cancer revealed the depths of Naya's personality and soul to the world too soon. She grew up fast during her treatment, and as a child, was forced to get through a very difficult time and keep looking forward.  She did with such grace. She never blamed anybody, or asked "why me".  She knew it was the card she was dealt and she faced it with daily courage, head on. When we would apologize for her pain and suffering, she would always say "it's not your fault and I will be okay".  Every day was a new day, and every day come with a new possibility to be better. Some days were full of wonderful experiences; some days were measured by eating enough calories and having a good night's sleep. In her last days, she left this world peacefully and gave us, her loving family, the gift of peace and a legacy to grow in her honor and name.

Naya left us all with special moments and lessons. As her mother, she left me with a bond so strong that I can only describe it as one that is held between soul mates. She will forever be with us. She taught us so much. To have an open heart, be compassionate, give to others, love with conviction, live life to its fullest, overcome any obstacle or hardship, lighten up and laugh. We see and feel Naya's presence every day, and will see her again. 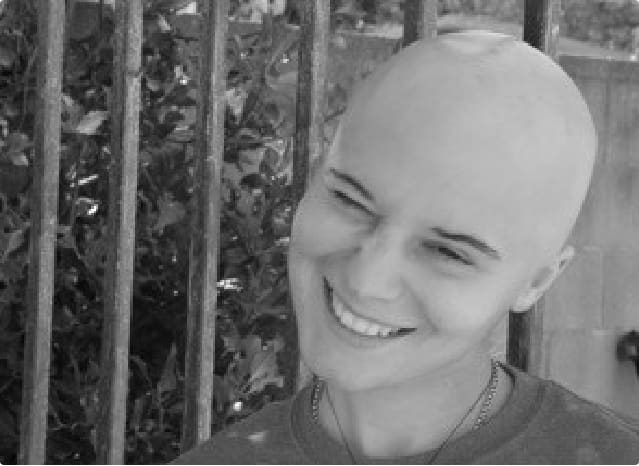 NEXT STORY
JANEY
I'm 19, I exercise, I eat all the right things. There is no way someone who just backpacked, sailed, and kayaked for 3 months in Mexico could get cancer. But, I did.

After showing symptoms and believing it was a bad period, I ignored the pain. My gynecologist suggested an ultrasound and with that he saw an enlarged mass in my uterus and diagnosed me with a massive blood clot. After a failed attempt to suction the clot out, he realized it was something much more serious... Uterine Sarcoma.