Logan
Wendy Short is the mother of Logan, a childhood cancer survivor that shared her storywith us in 2016. Logan was Naya's best friend and the Short family is an important part of our No More Kids with Cancer community. This Mother's Day, Wendy is sharing her story - from a mother's perspective. Here's her story. 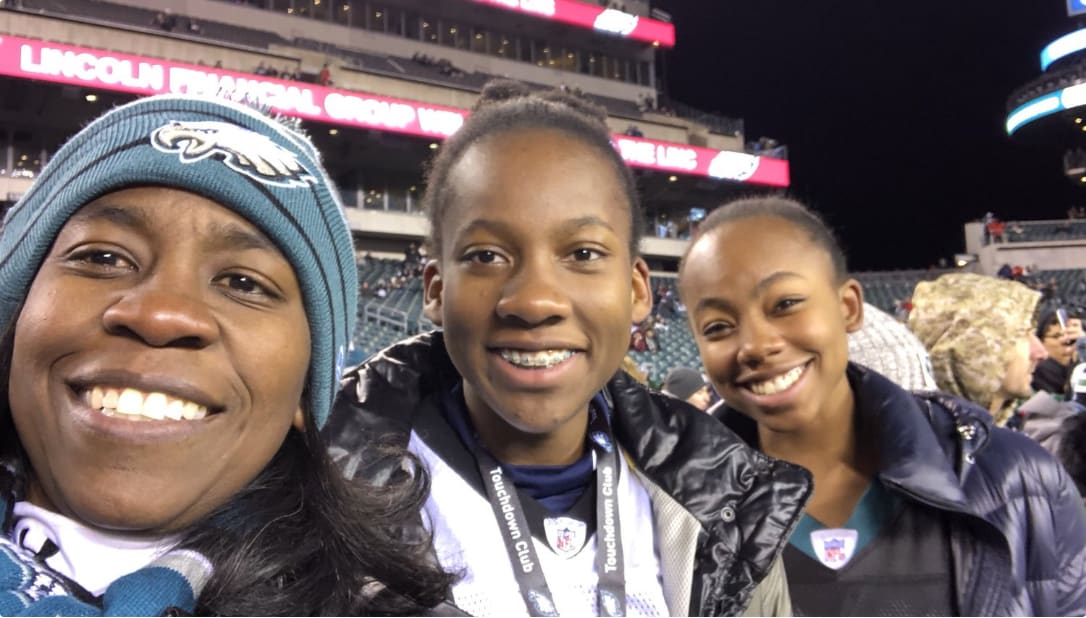 Logan's Diagnosis My youngest daughter, Logan, was diagnosed with Nodular Lymphocyte Predominant Hodgkin's Lymphoma at the age of 11.

Since I can remember, Logan always had a swollen lymph gland on her neck. It would disappear and reappear throughout her life but was always more prominent when she was sick. Then, we noticed the gland wasn't acting the same as it normally did, and we knew something was wrong.

We went to her pediatrician three or four times and with no reasoning or results, we decided to try a new doctor. Her doctor ran multiple blood tests over a few weeks, and each test came back normal. We were frustrated and Logan was tired of the hassle and being asked about it in school. We decided that even though the tests were negative, we wanted to have the gland removed.

When they removed the gland in Logan's neck it was the size of a golf ball. They sent it out for testing, and it came back as Stage 3A cancer. Which had spread from her neck to her groin.

My husband had the same type of cancer at age 19 and I always feared that one of my children would get cancer. But I never imagined it would be at such a young age. It was a blow to us as a family and to our entire community.

I am originally from Antigua and most of my family still lives there. One of the hardest parts for me during this time was not having that support blanket of my family. I had support from great friends, and my family supported me from afar, but it was emotionally challenging not to have them with me. There are times when you just need your family.

And I felt powerless while Logan was going through treatments. Her body was young, and the treatments were rigorous. She went through 6 rounds of chemotherapy treatments and 15 rounds of radiation over the summer. Treatment was one week on, three weeks off. However, those three weeks off were never truly off. I had to be constantly aware and monitoring how she was doing. We were back and forth to the hospital.

The chemo part was the worst. I would be in the room with her and could smell the toxic medicine. I would tell the nurses "you are feeding my kid poison". Half of the treatments were in-patient because she needed to be monitored due to the dangerous nature of the chemo. 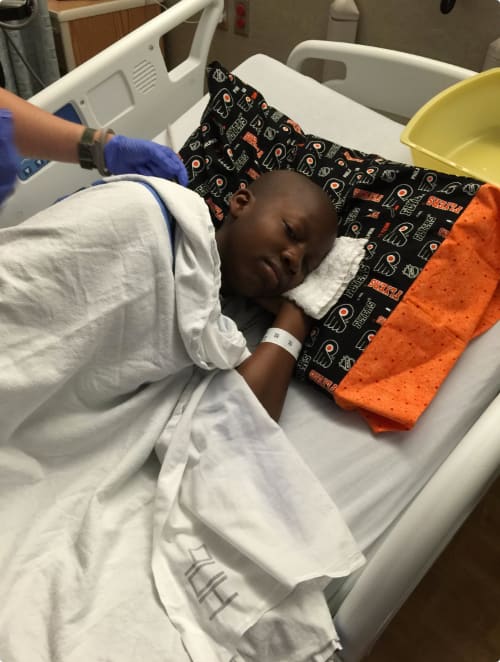 She had immediate side effects from the treatment. They had to give her other medicine to help with nausea and her side effects. This medicine made her act differently.

Logan spent that entire summer either at CHOP getting treatment or as a shell of herself at home. It is so hard to see your child go through all these horrible treatments because you want to switch places with them, but you can't.

It was early November when we got that test results back and there was no sign of disease in her body. After that, you aren't "cancer free" until five years. Although the likely hood of her cancer coming back the first two years were high, Logan got through it and she is now on remission. Logan still sees her doctor at CHOP every six months for blood work and chest X-rays.

The Side Effects of Cancer

We are still learning as we go. The treatments were so toxic that they still have effects on Logan and her body. As an outsider, you can't tell but there are day to day issues that Logan still faces.

Her bone density isn't very strong, so she has a lot of muscle pain which makes some activities too taxing on her body. The treatments also affected her learning. She had to learn to study differently than she did before cancer. It's not as easy and she needs to slow down. But we work together, and she is getting better and better every year and learning how to cope with the effects.

What it means to be the mom of a childhood cancer survivor.

You know, I always thought that I was strong. But Logan is much stronger than I am. She is the one that got me through it. She was always positive throughout the process, even when she was scared.

We still live each day one day at a time. The closer she gets to each milestone - no sign of disease, two years cancer free, and heading toward five years free - relieves a little bit of stress. However, it is always lurking in that back of my mind that there are still risks.

That's why I am so grateful for No More Kids with Cancer and their mission to fund less-toxic, more effective treatments for children. I still remember the doctors' telling me the horrible risks of the treatments for Logan, but we had no other option than to put her through it. It's a double-edge sword, especially as the parent that has to sign off on the treatments. You just hope and pray that it works and your child is one of the lucky ones.

I thank God every day that we were so fortunate, and Logan survived cancer. A lot of times I wonder "Why me? Why did my child survive?". I think this not because I am ungrateful but to say thank you to God because I know the alternative.I know I am one of the lucky ones and one of the blessed ones that gets to see their child beyond cancer. I am able to see Logan every day as she grows up. 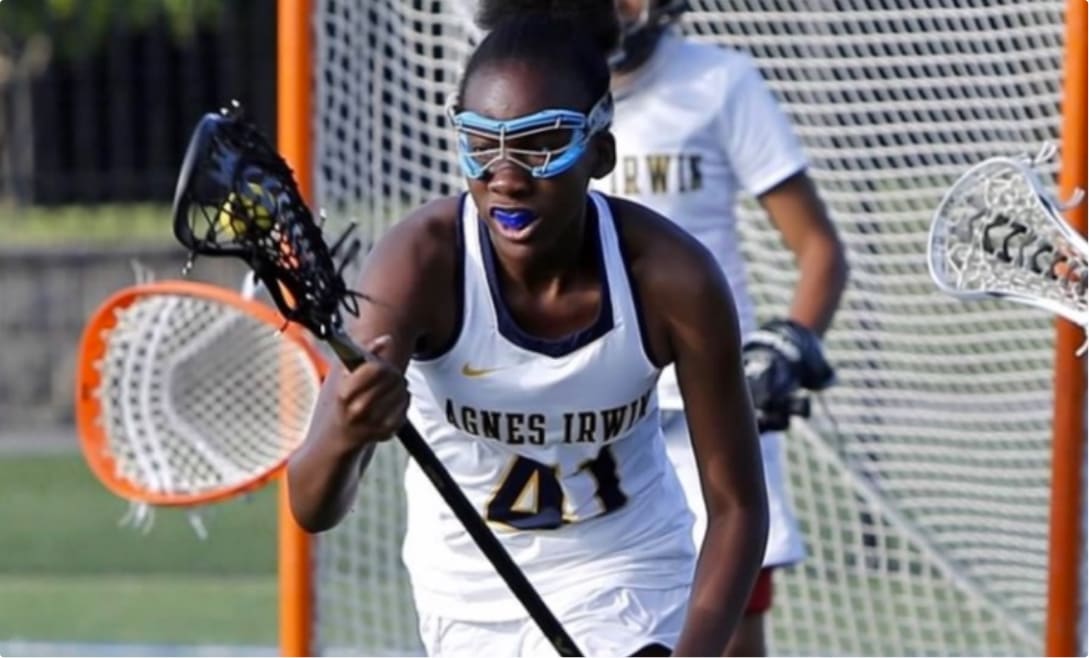 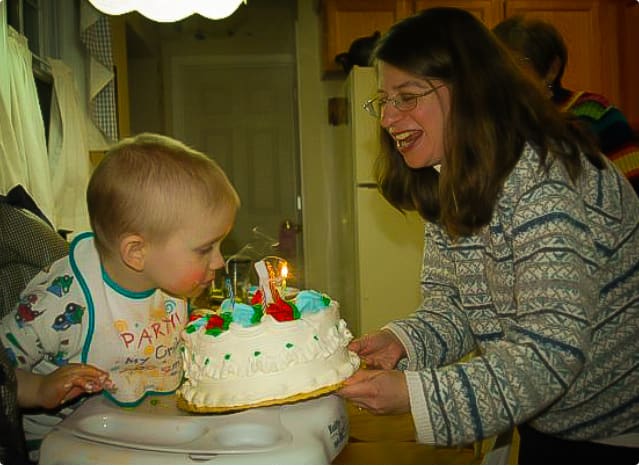 NEXT STORY
JAKE
I remember the days when my favorite question was how many children do you have? I would light up and share about my children. I still get that questions and sometimes hesitate, share, or avoid.

Jake was full of life! His energy was contagious; he was a typical 2 year old. Jake was diagnosed with Medulloblastoma a few months after his second birthday. So, the question I ask is, "How can a child full of life, be given such a short one?"