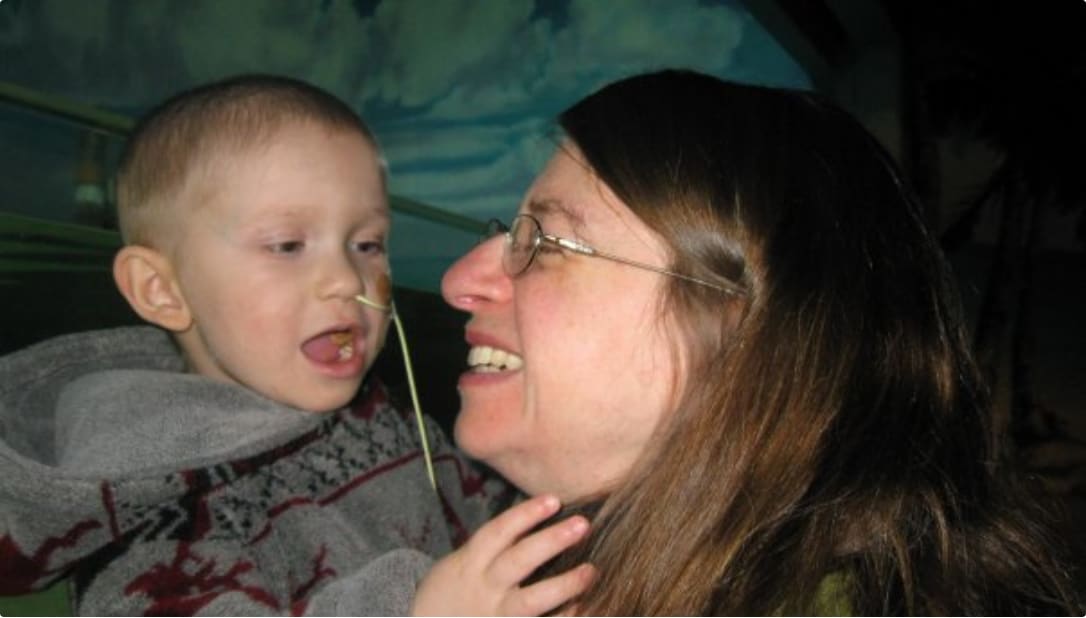 Jake was full of life! His energy was contagious. He was a typical 2 year old rambunctious boy with spunk and naughtiness that made you laugh at the same time you were reprimanding him for something he just did to get your attention. He used to tease us and run towards the end of the driveway to test our wits and patience knowing full well he wasn't allowed to go into the street. I remember one time we were at a friend's house and he tried to roll down the steps on purpose. Luckily my friend caught him in her arms at the end of the flight of stairs and he just laughed at the excitement he had caused. He loved it when you tried to catch him so it was a constant game of 'I'm going to get you!' with shrieks and shrills coming out of his mouth. 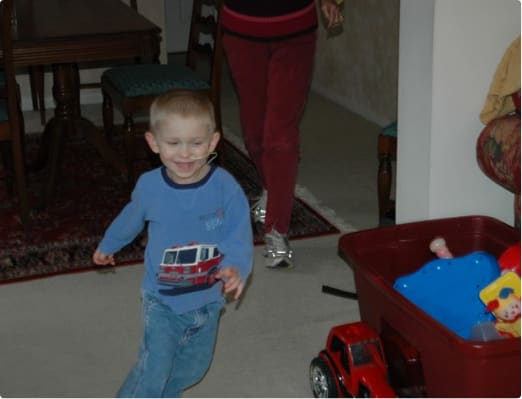 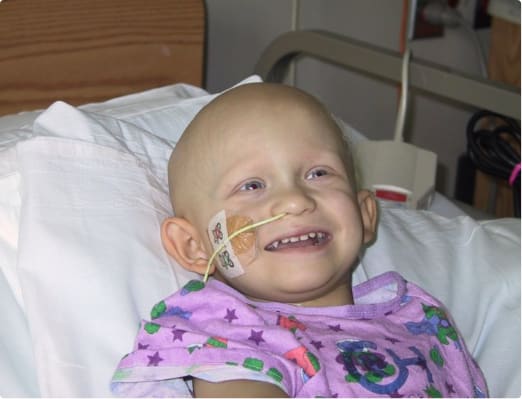 How can a child full of life, be given such a short one? I try to find meaning in it all, but I have no answers. Jake was diagnosed with Medulloblastoma a few months after his second birthday. The same ugly disease that took Naya and so many other beautiful children. I suppose all of us think our children are special, but these kids who go through what they go through are beyond special. They almost seem immortal and maybe they are in some ways. We continue to share their story so that other children don't have to go through what they went through.

Jake has forever changed me and those that he has touched. Even though he is gone, he is always with me and continues to give me gifts in different ways. I certainly cherish life and health more than ever. I feel things stronger and the simplest things move me to tears. Sometimes I just look in the clouds at a beautiful sunset and I think it is Jake sending me a sign and it's as if I'm the only one who sees the beauty.

I have vivid memory of Jake kicking in the hospital bed and not because he wanted to get out of there. (He actually thought of CHOP as his home after six months of living there with very few returns to his house.) He would kick his legs at the end of the hospital bed to get the nurses and doctors attention in a fun playful way. They would love it and egg him on. "Kick your feet, kick your feet" we would all exclaim!! Of course, I was convinced he was their favorite patient. However, don't get me wrong, there were many times that his suffering seemed unbearable to watch and as a mom it is hard to imagine the agony that you feel. For a person like myself that always wants to feel in control, I was not. I just wanted Jake to be that same rambunctious child BEFORE CANCER. It is hard for me to wrap my brain around how life can change in an instant. You walk around thinking cancer could never touch my child or let's be real here, you don't even think about it. Pediatric cancer is the furthest thing from your mind.

Even through all the pain and suffering Jake endured from both the cancer AND the treatment, he had a spark that never went out. Jake loved trucks, trains, fire engines and anything loud. He loved to dance and sing even til the bitter end. His favorite movies were Cars, Finding Nemo and Polar Express (which he could recite the lyrics beautifully like an angel singing). I'll share with you one of my favorite stories about Jake. We took him to the Camden Aquarium against doctor's orders only two months after his last round of chemo. He was very vulnerable to infection and picking up just about anything with a lowered immune system. Jake was so excited to see all the fish swimming around and he got so excited that he threw his Cliff Bar up in the air and it landed in the display. The fish went wild! My sister and nephews started laughing so loud since we realized he did something he wasn't supposed to. He got excited by his naughtiness. I never regretted that outing. It was one of the best decisions I made. Only a few weeks later, three months post-treatment, we were told it was all back and there was nothing we could do. He even surprised the doctors with how good he looked at his appointment only to have a seizure that night. Jake died a few weeks later, but he continues to live on in all of us. 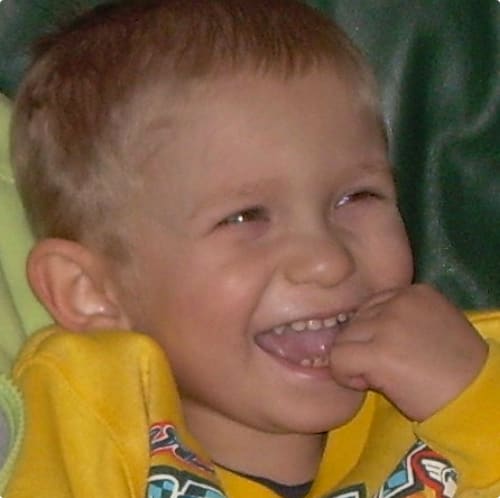 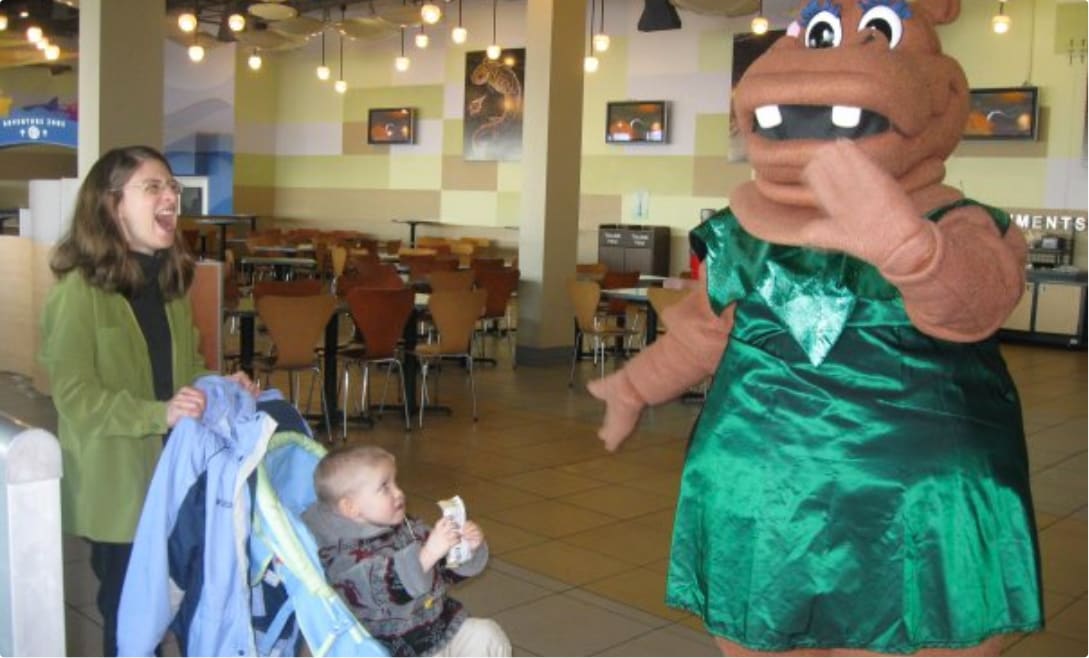 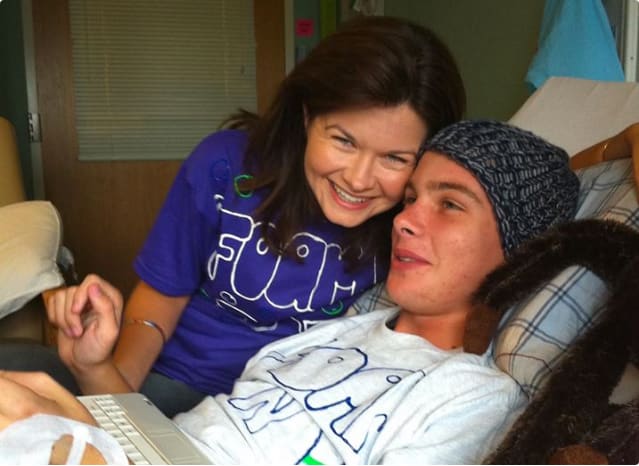 NEXT STORY
AMANDA
I tell people they can ask me anything about brain cancer, but the toughest question I get is, "How do you go on without your son?"

It has been six years since we heard the words brain cancer, and a little more than four since David was taken from us. Before loosing David, I was a fairly selfish person, but now all I see is the next person in treatment with no clear treatment path.